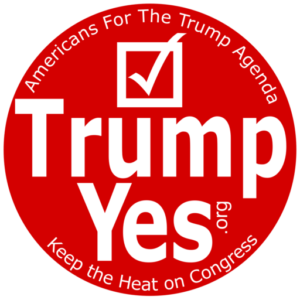 If you’re a student of history or are older and with a good memory you’ll recall during the Watergate hearings, Senator Howard Baker asked witnesses who testified before Congress, “what did you know, and when did you know it?”

We’ve been hoping that somebody would ask this very question of Hillary Clinton in connection with the Russians successful attempt to buy badly needed Uranium supplies from American sources when she was U.S. Secretary of State.

And thank goodness now it has finally happened.

That’s why we ask you to sign our petition to U.S. Congressman Peter King.

We need to support his line of questioning and his Congressional Committee investigation.

Americans for the Trump Agenda has been keeping pressure on Congress to investigate Hillary Clinton and not let her get a free pass just because she lost her campaign for President.

Congressman Peter King actually was asking questions about Uranium One – the Russian front company that got control of 20% of the U.S. uranium supplies thanks to Hillary Clinton and her allies – all the way back in 2010.

Congressman King was rebuffed by the Geithner. He was told that this matter had already been investigated and there was no problem.

Brace yourself for a real shock.

The FBI Director back then who supposedly investigated and cleared this deal back then, was none other than Robert Mueller.

The same Robert Mueller who is today investigating President Donald Trump and his campaign for “collusion” with Russia.

Congressman Peter King wants to call the “Independent Counsel” Robert Mueller before his Congressional Committee, put HIM under oath, and ask HIM some questions.

Such as, what did you know, and when did you know it, about this Russian attempt to secure the resources from America to build nuclear weapons aimed at America?

And Congressman Peter King wants to ask Hillary Clinton the same questions. He put it this way:

And most Congressman King’s most important question: “if so, why did the deal go forward?”

It has now been revealed that Secretary of State Hillary Clinton helped orchestrate the entire Uranium One deal, marching in lockstep with the best interests of the Russian government.

I don’t know why this entire matter hasn’t been investigated by Attorney General Jeff Sessions at the Justice Department.

Under pressure from leftwing U.S. Senators, Jeff Sessions “recused” himself from the investigation of President Trump for “collusion” with the Russians.

But he never withdrew himself from investigating Hillary Clinton, Uranium One and the story of the Russian campaign of bribery, corruption and extortion to gain control of 20% of U.S. uranium supplies.

Attorney General Jeff Sessions should do his job and investigate Hillary Clinton’s Uranium One real collusion and cooperation with the Russians.

And the best way to force him to act is through U.S. Congressman Peter King, as Chairman of the House Intelligence Committee.

So please sign the our petition to Congressman Peter King to encourage him to go forward with his investigation and public hearings of the sordid Uranium One deal.

And when you sign and send your petition for Congressman King, please consider a donation to help Americans for the Trump Agenda so we can “keep the heat on Congress.”

You can donate at TrumpYes.org

One of President Ronald Reagan’s favorite sayings was, “let’s make them feel the heat, so they’ll see the light.”

Your signed Petition and your donation to Americans for the Trump Agenda really helps keep the heat on Congress.

Congressman Adam Schiff, the top Democrat on the House Intelligence Committee, wants to shut down this investigation.

He’s already complained that Congressman King is trying to “distract attention” from what he prefers – the phony and unsubstantiated claims that President Trump and his campaign “colluded” with Russia to “hack” the U.S. election.

The only “collusion” with Russia is that by Hillary Clinton and the Barack Obama Administration to help Russia gain control of 20% of U.S. uranium supplies.

Millions of dollars changed hands during that time – from Bill Clinton’s speaking fees in Moscow, to the millions donated to the foundation controlled by Bill and Hillary Clinton.

The story of Russia helping President Trump is myth and make believe, designed to discredit the President who defeated the liberal-left’s candidate for President.

The story of the then FBI Director Robert Mueller and Secretary of State Hillary Clinton helping Russia gain control of the resources needed to build nuclear weapons and then cover up their crime, is for real.

Congressman King wants to put them under oath and ask, “what did you know, and when did you know it.”

Please sign the Petition of support to Congressman Peter King so that he knows that he has the backing of the American people for the Uranium One investigation.